24 "Seventy `sevens' are decreed for your people and your holy city to finish transgression, to put an end to sin, to atone for wickedness, to bring in everlasting righteousness, to seal up vision and prophecy and to anoint the most holy. 25 Know and understand this: From the issuing of the decree to restore and rebuild Jerusalem until the Anointed One, the ruler, comes, there will be seven `sevens,' and sixty-two `sevens.' It will be rebuilt with streets and a trench, but in times of trouble. 26 After the sixty-two `sevens,' the Anointed One will be cut off and will have nothing. The people of the ruler who will come will destroy the city and the sanctuary. The end will come like a flood: War will continue until the end, and desolations have been decreed. 27 He will confirm a covenant with many for one `seven.' In the middle of the `seven' he will put an end to sacrifice and offering. And on a wing [of the temple] he will set up an abomination that causes desolation, until the end that is decreed is poured out on him." NIV

From Babylon the Great to the New Jerusalem

"Join with me as I wipe the slate clean and begin to put together a new perspective
on end times events using the biblical framework of the New Exodus." Peter D. Goodgame

The New Exodus: An Introduction to the Bible's Great End Times Parable 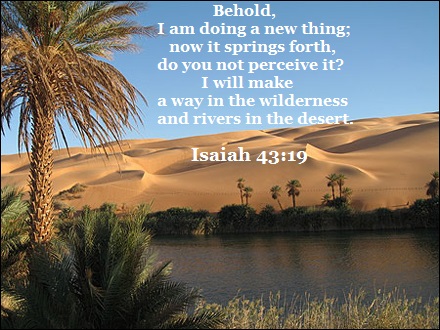 4. April 28 - The Jewish Expectation of a New Exodus

February 10 - Pete's interview on "The Sharpening" with Josh Peck

"Exodus Typology in Second Isaiah" by Bernard W. Anderson (8 pages) -
A short and concise overview of the New Exodus theme in Isaiah

A Glorious New Passover Exodus: The New Covenant Deliverance in Jesus Christ (60 pages) -
A free e-book by John Dunn that explains how the story of the Exodus is God's template for the message of the Gospel

Through the Wilderness: The symbolism of Babylon and the New Exodus journey through the "wilderness" of this fallen world.

Rulers of Babylon: The Kingdom of Darkness personified as the King and Queen of Babylon

The Tree of Life: The Mysterious Symbol at the Heart of the New Exodus

Rising Stars: The Stellar Destiny of the Redeemed